Factions in Wasteland 3 are organizations composed of individuals who share similar beliefs, standards, and interests which makes them unique from one another. Factions add more depth to the game's story & lore, as well as volume to the game's context, players can meet various NPCs in each faction, partake in various quests, and many more. This page covers a list of all the factions that are shown in the game.

The Rangers of Colorado are a motley collection of young idealists, aging drifters, shifty rogues, retired mercenaries, and more. As their commander, it's your job to keep them loyal to the cause. When you first arrived in Colorado, most people on the eastern side of the Rockies h

The leading citizens of Colorado Springs, descended from the survivalist families who founded the Patriarch's nation. Most are dedicated to rebuilding America as it was before the bombs.

Fifty years ago, the Monster Army ruled Colorado. Now they're old and fading, and all they have left is the Bizarre, a "free haven" of trade and eccentric delights.

Desperate, hardscrabble people from the periphery of the Patriarch's nation. As gangs and other dangers encroach from outside, many refugees have fled to Colorado Springs and other fortified towns.

A heavily-armed cult devoted to the "god-president," Ronald Reagan. Some may call them crazy, but since they produce and refine all the oil in Colorado, everybody's got to pretend they're not.

Led by Sheriff Daisy, the Marshals enforce the Patriarch's laws in Colorado Springs and - when necessary - beyond. They're a paramilitary force, similar to police, but a little rougher around the edges. 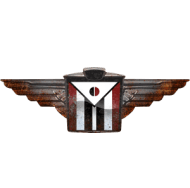 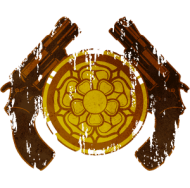