Combat in Wasteland 3 focuses on the basic and advanced combat mechanics of the game. From indicating the usage of the various weapons that can be equipped, battle movements, player and enemy combat details, and many more. This page covers information regarding the combat system of the game. 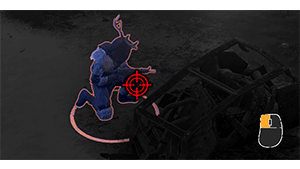 Action Points or AP allow you and your team to move, attack, and reload your weapons during combat. Each weapon costs a certain amount of AP to fire. You have enough left to fire your weapon again. 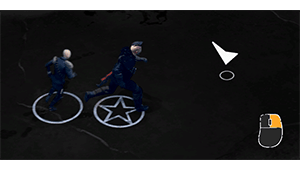 To move your characters, right-click on the ground where you'd like to go. You can also hold down the mouse button and your characters will follow your mouse cursor. 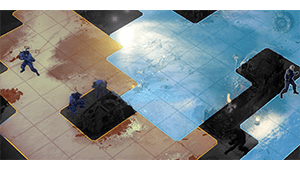 During combat, your rangers may need to take cover or change attack positions. Blue spaces are areas a Ranger can move to with enough Action Points (AP) left for an attack. Orange spaces are areas within their maximum movement range. The red target preview lines show if their new positions place them within targeting range.

Quick, take cover! Taking cover protects you from enemy gunfire and improves your weapon's Hit Chance. There are two types of cover: Low and High. High cover provides the best protection. Watch out though! - cover only protects you from attacks coming from that direction. 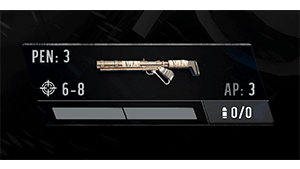 Oh shit... that weapon's out of ammo. For now, you can try equipping a different Weapon, or unequipping it and going bare-knuckled. Once you're out of combat, you can resupply by finding a merchant or searching for loot. Ammo is scarce in the wasteland, so it pays to stay stocked up.

One of your Rangers has been downed! Rangers are downed when they reach 0 CON. They'll stay "downed" for several turns before becoming "incapacitated". If another character can reach them before that happens, they can spend some of their Action Points (AP) to revive them. Upon being revived, your characters will suffer a lasting injury. Injuries can only be removed with an Injury Kit, or by getting treatment from a Doctor NPC. Each injury your "Downed Ranger" suffers from will decrease their stats and reduce the time you have to revive them if they are downed again.

Healing In & Out of Combat

Once you've finished acting with a character, you may have Action Points (AP) leftover. That's okay! You can put them to good use by opening your Quickbar and selecting one of your final actions - Ambush, Defend, or Prepare.

Watch out! That glowing green cloud ahead is radiation. Radiation can damage your squad, make them sick, give them mutations, and even kill them. The severity level of a radiation hazard is shown on the Geiger Counter at the top of the screen. To navigate the fallout, find and install upgrades to the Kodiak to boost its Radiation Resistance.

These machine shop jerks have high armor, and weapons with low penetration will have a hard time punching through. Try using Sniper Rifles, Big Guns such as Heavy Machine Guns, or Melee Combat weapons such as Blunt Weapons, Energy, Cold, Fire, and Explosive damage will also bypass Armor altogether.

When you've been spotted by an enemy, each Ranger in your squad has a chance to take the first combat turn, with a higher Initiative stat increasing that chance. To get a higher initiative, you can increase your Speed attribute and Sneaky Shit skill.

If your squad's Skills aren't high enough, sometimes, brute force will still work. To break down a door, smack a misbehaving computer or forcefully shut down a power generator, use the Attack option in the Quickkbar, or press [Left Control]. Certain objects, such as vault doors or ice walls may require specific damage types to destroy.

Wow, what was that? Some objects in the world are hidden. Each character in your squad has a Perception stat that indicates how well they're able to spot hidden objects like alarms, traps, or secrets.

Look out! There's a big ass robot ahead! Luckily, it doesn't see you yet. Stay out of its detection range to go unnoticed. You can get the first turn in combat by attacking an enemy before it spots you. However, we cannot stress enough how badly that robot will f*ck you up right now.

That enemy has taken cover! To flank them, try moving to a new firing position on the battlefield by hovering on a grid space with the mouse cursor and right-clicking.

Your Strike Meter is full! You charge p your Strike Meter each time you make a successful attack. Each weapon type has a unique Strike. a powerful special attack that can turn the tide of battle. Click the Strike button in your Quickbar, or press [F] to give it a shot!

You're now controlling a single character. This is useful when setting up before a fight, or navigating past land mines and traps. However, while exploring the world, it's generally better to keep your entire squad together. You can quickly select everyone by pressing [SPACE], or by left-clicking and dragging the cursor to box-select your entire group.

It's time to even the odds! Left-click on the vehicle or use [TAB] to select it and use it to attack.