DLC for Wasteland 3 features additional content of the game that is not available with the regular edition of the game. DLC usually contains pre-order bonuses, free additional content, paid packs, and game expansions. This page covers all relevant information regarding the following DLCs that are released. 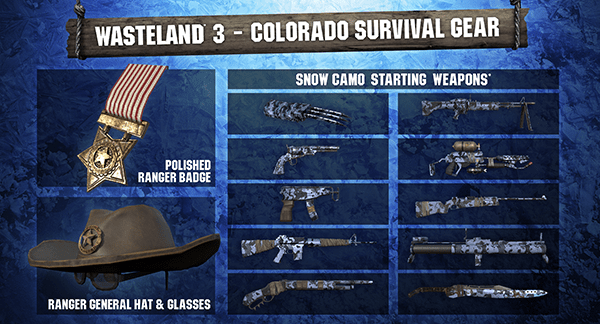 Pre-order to receive the in-game Ranger Hat and Glasses, Polished Ranger Badge, and Snow Camo Weapons for a head start in the wasteland.