Weapon Mods in Wasteland 3 are special tools that are slotted to the equipped weapon of the player and their companions/rangers. Slotting a weapon mod provide both offensive, defensive effects, and special properties that make the weapon even more unique. Weapon Mods can be obtained through looting chests or crates, dropped by hostile characters, obtained as a reward for completing Missions or purchased from merchants. To install a Mod, one of your squad members must have the necessary Weapon Modding skill level. This page covers a list of all the Weapon Mods in Wasteland 3.

Weapon Mods can help players gain the advantage in battle by tweaking the effects and stats of their weapons. However, in order to install mods, the player's character or one of your squad members must meet a certain skill level of the Weapon Modding skill. Each weapon consists of various parts that can be modded to increase the capability and effectiveness of the weapon. Apart from that, the weapon modding skill also allows you to strip down a weapon to obtain various parts - THE BETTER THE MOD, THE HARDER IT IS TO INSTALL. 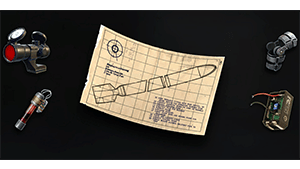 Once you start tinkering your weapons with these modified tools, you have to be careful and choose wisely when it comes to weapon modding. Players can only replace currently slotted weapon mods with new ones, you cannot remove it and reacquire the previously slotted mod. So this means if you replace an old mod with a new one, you'll lose the old mod permanently.